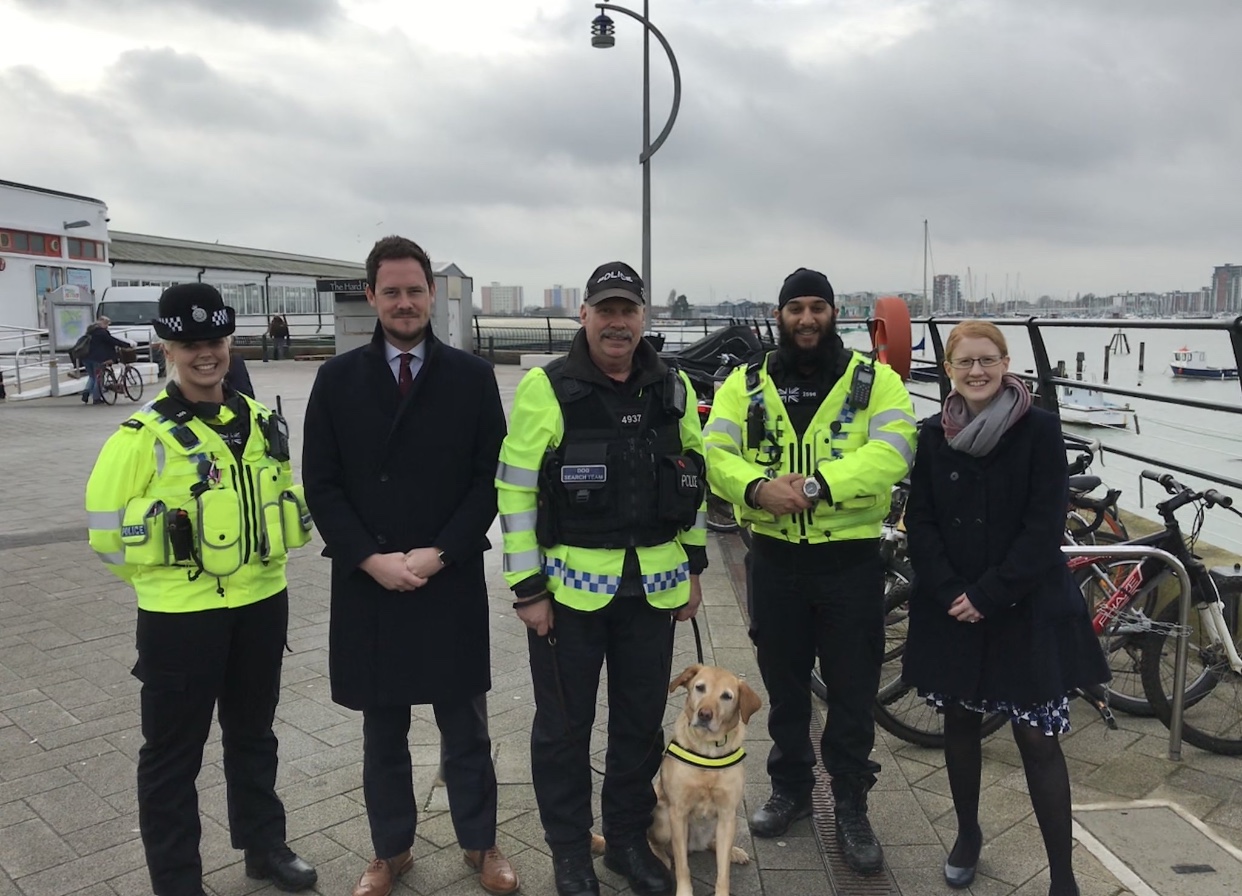 Like many people born and raised in Portsmouth, Stephen wants his city to be a safe and welcoming place for all. That is why his efforts when it comes to tackling crime have been as relentless in parliament as they have in the constituency.

The chances are you have seen Stephen taking the following actions:

“Whether lobbying Government to make sure our officers have the resources and numbers they need or speaking to residents on the doorstep – tackling crime remains a priority.

I will continue to act as a voice for our dedicated, hardworking police force in Parliament and look forward to a long-running partnership in the constituency so that we can ensure Portsmouth is a safe place to be proud of.”

If tackling crime in your community is something that you feel strongly about, get in touch with Stephen.

As someone born and raised here, he is always happy to chat to residents and let them know what he is doing when it comes to policing in Portsmouth. Get in touch here.